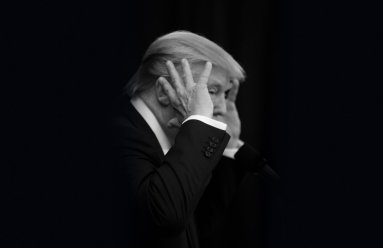 Fever, headache, joint pain, sore throat, fatigue. Anyone who has played Google doctor knows that these could mean anything from simple aging to the flu to an incurable disease and imminent death. Upon visiting a licensed practitioner, a more accurate cause of such symptoms can more often than not be identified, and appropriately addressed.

That’s how symptoms work: they are on the front lines, and often distract us from the real problem, usually hidden away, unnoticed. In terms of the 2016 US presidential campaign, many point to Donald Trump as the problem. Upon further analysis, he is simply a manifestation of a much more troubling, deep-rooted issue within the Republican Party.

Trump’s nomination and subsequent public demise is yet another utter failure of the GOP. With his nomination, the Republican Party tried to be more inclusive, less elitist. Instead, they made another fatal error from which they may not recover. Donald Trump occupies the disparaging spotlight, but chastising only him is narrow-minded; the entire party deserves criticism of the tallest order.

Trump is not the cause of the drastic downfall, but rather a symptom of a prolonged pathosis which has infected the party for over a generation. END_OF_DOCUMENT_TOKEN_TO_BE_REPLACED