I was speaking with a friend the other day about the lack of pictures the two of us take. This may not seem surprising as we are both male, but living abroad tends to bring out the desire to snap a few more photos than normal. The curiosity, then, is that neither of us has found ourselves to be in that situation even though we both definitely should be.

In terms of our lives abroad, we represent both extremes. He has just arrived to Costa Rica and I am on my way out. With him having less than 30 days in the country and me now finding myself with less than 30 left, the camera should be flashing nonstop.

As he told me of his regret thus far at his small picture count, I gave him some advice that I’m glad someone gave me when I first arrived: take as many pictures as possible. For whatever reason, it’s not in our male nature to take pictures. But now reflecting back over my time here, I’m very glad that I forced myself to take pictures in certain situations. Of course over time that regularity declines to an “only on special occasions” frequency. But in my database of pictures from the last three years, each one represents a story – and I can still remember most of them like they were yesterday. 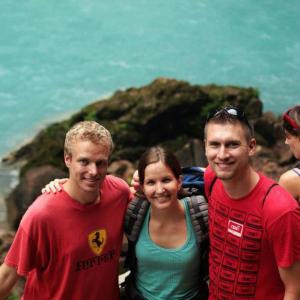 The reason I started this blog in the first place was to remind myself; I wanted a platform to be able to document in written form some of the meaningful experiences that have occurred over the last three plus years. Now, with less than four weeks remaining, and having transitioned to full-blown nostalgic mode, I’ve taken that step even further.

When a good friend of mine left Costa Rica a few months ago we talked about making a list of words that represented something – a story, a joke, something bad, good or just about anything – that was worth remembering from our time living here. I don’t think he ever got around to it, but since that time I started forming a list. As I started doing it I realized that it was another great way to recall instances that I might not have otherwise. 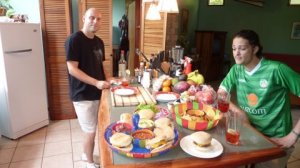 Pickleball and Podcast circa 2011 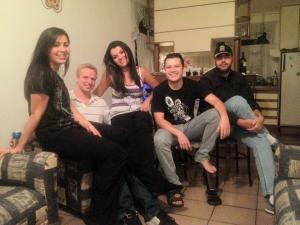 Naming people that have made an impact on your life is the most natural instinct in these situations. But that is such a difficult task. There are so many that I’m bound to unfairly forget someone. Instead, I’ve developed quite an extensive list of words or phrases that represent a story – and those who were involved will know what the words mean. With less than four weeks left in Costa Rica, this seems like as good a time as any to put the list up. It is not finished – I don’t know that it ever will be – but for now it is a good sampling.

Some are vulgar. Some are funny. Some sad. Some not much of anything. But each one has a story. For those just starting on your journey, allow me to give you some unsolicited advice: find a way to document your story. Start a blog. Take pictures. Make a list. But be sure to do it. You’ll regret it if you don’t. 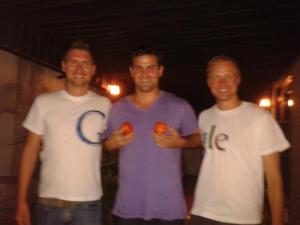 “I feel not alive”

How to tie your shoes

“How many times you gotta say chocolate?”